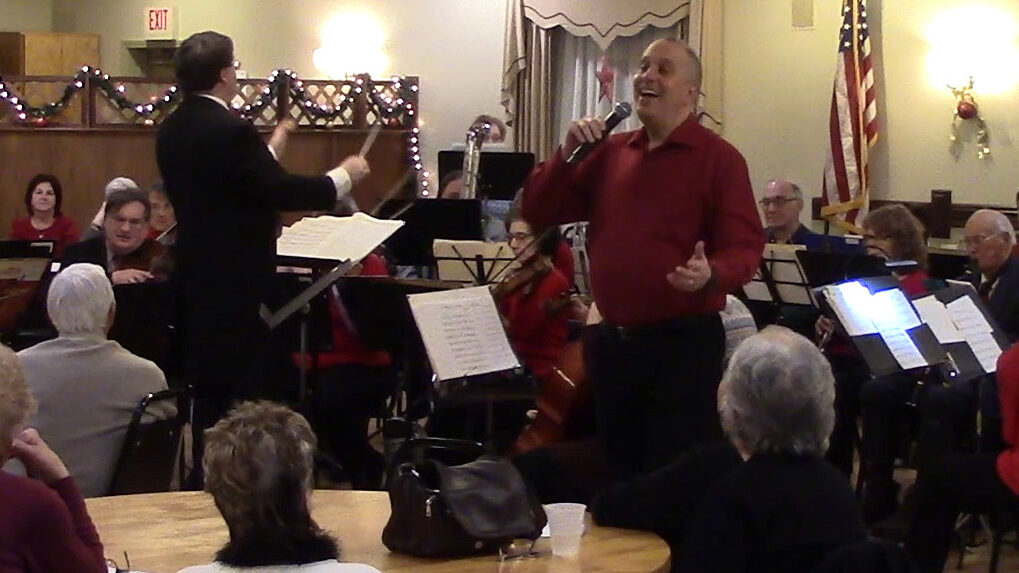 It Comes Around the Same Time Each Year

After completing In The Good Old Summertime, it wasn’t too long before I started thinking about options for a new album. On one hand, I was open to trying something a little more ambitious than what I had been able to put out before. But on the other, the prospect of arranging a full set of songs presented its own difficulties.

The solution came from conversations I had with Jonathan Allentoff, a gifted conductor and arranger here in Rochester. He offered to join me on the project, writing and customizing arrangements for the new album. Based on the work we had done together in the past, deciding to do an album of holiday songs was easy. The challenge now was in selecting the individual songs to include.

Surprisingly, this came together much easier than I expected. Jon had worked directly with Van Alexander (who wrote the song It Comes Around the Same Time Each Year) to develop the orchestration for that piece, and I knew it would make a wonderful opening track. It’s hard to do a holiday album without standards like White Christmas and Let It Snow, and I thought the wonderful but lesser-known Merry Christmas would be a fitting end to the album. Pretty quickly, we had a full list.

Jon pulled music and quickly modified and re-orchestrated specifically for this project. We worked back and forth to finalize keys, tempos, and phrasings, and then I was back in my home studio, first laying down vocal tracks and then mixing and mastering the songs. And then, suddenly, It Comes Around the Same Time Each Year was released.

I’m so grateful for Jon’s friendship and the wonderful music he arranged for these pieces – it truly would not have been possible to complete this album without his help. And I also appreciate my sister Ann Marie kindly letting me share her first visit with Santa on the cover.

I look forward to singing a few of these pieces live when performing this December with both the Brockport Symphony Orchestra and Greece Community Orchestra – I hope you can join me.